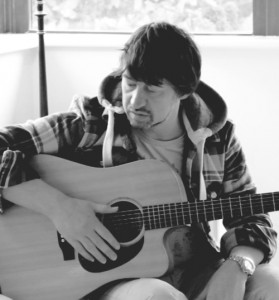 I’m a Irish singer-songwriter, who lives in the village of Slane. World famous for huge concerts at Slane castle. This beautiful location is nestled in the heart of the Boyne Valley in Ireland. It hosts some of Irelands most mystical landscapes.

I have worked with many artists in the past having been a longstanding member of the incredibly popular Wednesday Gang, a party band with a difference. Once described by the Irish Times as “finely tuned, ramshackle rock and roll” and in three words “Pub band redefined” – This following a time working with producer, arranger and close friend Simon Quigley. We demoed a few songs prior to a move ending the project but not before Jackie Hayden of Hot-press wrote that the songs were assured, confident and that I have a sure touch with a melody and understand that a singer can be the songs best friend. This from the man who signed U2’s first contract, and who is renowned for his constructively succinct and often humorous reviews of new Irish artists. I will add that this was not my first Jackie Hayden review either, from the mid 90’s rock band Label where I was rhythm guitarist and vocals, Hayden compared us to 70’s legends Cream and again talked about strong melodies and catchy choruses. 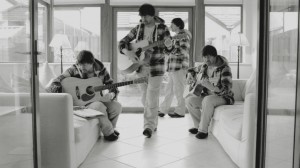 Since going solo, I have had two semi-finalist songs in the UK song-writing contest from my first recording. The title track “Where on earth are you” and “No more Games”. This solo project was all new songs, all instrumentation, and all encompassing. Since then, a marriage, two children, a lot of Lego and song writing has been going on.

Until…lock-down saw me posting some stripped back performances on YouTube with just guitar and vocal; One of these was the song “The Rescue”. This song is emotive, heart breaking and easy to relate to. It is simply about giving someone the time to talk. The closing lyric sums things up beautifully, “Now is the only time that counts, the only time that counts”.

The Rescue is the first single from those live, one take recording sessions. The plan is to continue with these well-produced original live performances and ultimately build up to a 10-12-song catalogue of releasable material to form an album. It is expected that there will be at least one more single release but as some of these songs are yet to be written I can’t say more than that yet….